It took Journal of Vascular Surgery (JVS) associate editor Ulka Sachdev-Ost, MD, a while to realize just how much of an impact her mother’s journey in medicine had had on her own career.

Sachdev-Ost reveals an intriguing backdrop to an appointment that came about in the wake of a controversial JVS paper on younger vascular surgeons and supposed “unprofessional behavior,” which raised the specter of a lack of diversity in vascular surgery and medicine. The brand new JVS role is, of course, focused on diversity, equity and inclusion. For Sachdev-Ost, chief of vascular services at UPMC Magee-Womens Hospital in Pittsburgh, the emphasis carries extra meaning. Because when her parents arrived in the United States from India as immigrants, they were both surgeons intent on continuing to pursue the surgical field. But while her father would carve out a career in neurosurgery, a different path was to beckon for Sachdev-Ost’s mother.

As Sachdev-Ost describes, her mother’s journey was a tale of thwarted ambition. Yet, as she tells Vascular Specialist shortly after taking up the position at JVS, a roadmap for her own ascent emerges—a drive for the surgical arena deferred a single generation.

“I’ve told this story to other people because it really did have such a profound impact on me,” explains Sachdev-Ost, also an associate professor of vascular surgery at the University of Pittsburgh. “When my parents came to the United States, my mother—in some way shape or form—got the message that she should not pursue a surgical field because it would be inconsistent with wanting to raise a family; and especially if her husband was a surgeon, it just would be an ‘impossibility.’ And so, she ended up doing pathology.”

For Sachdev-Ost, her mother’s experience eventually bore a hole. “She would tell me this story so many times, because it clearly bothered her that she made this change to an essentially nonclinical field, and because she had been told that she really just shouldn’t pursue surgery,” Sachdev-Ost recalls. “So, when I decided to do surgery, having her blessing to do so was really important to me. And it was actually the thing that, in the end, made me really excited about going into a surgical field. I’ve always kind of had a chip on my shoulder because of her.”

Sachdev-Ost’s associate editor duties are wide-ranging. Early efforts will focus on initiatives like broadening the reviewer pool of the JVS body of publications. “That’s a great way to diversify the people who are getting the first reads of the papers that are coming through the journals,” she says. “If you can diversify a reviewer pool, you can get different viewpoints and things that maybe traditional reviewers might not have thought of. That also increases the number of people who then become part of the Editorial Board. Just on social media, you can tell there are plenty of people who are ready and willing to be reviewers. Our big push right now is to try to get people to send in their CVs and letters of references to be reviewers.”

In addition to her mother’s influence, Sachdev-Ost’s career has also drawn inspiration from the women surgeons she encountered during her time as a trainee at Mount Sinai in New York City. She watched on as they carved out success in surgery and as teachers while also raising families. They became role models—figures she seeks to emulate.

“A lot of people really need that role model to feel like they belong in that space as well,” Sachdev-Ost says. “It was very important to me, and I think it’s very important to the next generation. I can tell you that I see that from my teaching experience: I have so many women, so many women of color, who say when they do a rotation with us, ‘I didn’t realize that this could be something that I could actually do.’ I love being that role model for people, and I think a lot of people feel the same way.”

On the level of vascular surgery, as a surgical specialty it occupies a particular vantage point that could have important implications for wider society, Sachdev-Ost observes. “We have a particular view of health disparities, because a lot of times we are treating disease reflective—how do I put this—of a lack of medical attention.” She cites young people staring down last-straw options for dialysis access, limb salvage, people facing amputations from peripheral arterial disease (PAD). “Not that all of these things can be preventable, but a lot of them with some better, earlier targeted care could be,” she says. “So, I think we in this field are very poised to better reflect the community that we serve to the benefit of the society as a whole.”

Sachdev-Ost hailed JVS editors Peter Gloviczki, MD, and Peter F. Lawrence, MD, and the Society for Vascular Surgery leadership for going “all in” on sponsoring the diversity-focused associate editor role.

As she settles into the position, she’s looking forward to pursuing editorials that highlight issues with particular impact for people of color and underrepresented minorities in medicine. “I think that will really show a very progressive side of our field that is looking to try to increase diversity by literally writing about how these medical issues impact marginalized communities,” Sachdev-Ost says.

Ultimately, Sachdev-Ost doesn’t see herself as an expert on the domains of diversity, equity and inclusion. “The same thing applies: that I’m hoping I work myself out of a job, that this doesn’t necessarily become a position that we have to have, because we’ve already achieved a certain level of diversity amongst the review process, of the editorial process, and of the writing process,” she says. “That may be who-knows-how-long down the road, but that’s the goal.”

A road whose route traces back to an ambitious mother, through a daughter who, having seen a calling curtailed, pursued a passion with intent all of her own. “I didn’t realize how impactful it was on me, but it really was,” Sachdev-Ost says, recalling her mother’s journey once more. “There are so many times that I think about that. She was a surgical person in every way. So, for her to not do it really bothered her—and it had such a huge impact on me.” 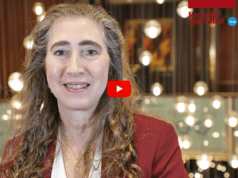