The SmartPatch monitoring system—which involves the extraction of real-time data through a series of sensors from a patch placed over an AV fistula, subsequent cloud-based machine learning and then actionable clinical alerts—is currently undergoing testing in a series of pilot studies aimed at tackling the healthcare burden of kidney failure and vascular access failure.

Neville and colleagues looked at 128 patients at three dialysis centers, with all study participants wearing a SmartPatch device over an AV fistula either in the upper or lower arm.

“In this particular study, we utilized state of the art optical technology with a particular patented array that allows for better data acquisition,” explained Neville, who disclosed that he serves on the Scientific Board of the device developer, Alio Medical. “This took into account position, motion, light, temperature and pulse of the patient. There was no need for patient interaction. This was all done remotely, and the clinical alerts are in real time.”

The intention of the study was to evaluate the ability of such a device to monitor AV fistula function, degree of stenosis, flow rate and the physiologic parameter of hemoglobin levels as a marker that impacts fluid management.

All participants wore a SmartPatch for a week. Each of the three clinical centers involved focused on one of the three metrics. The location focused on hemoglobin analysis studied 57 patients, the facility looking at volumetric flow looked at 21, and the center monitoring percentage stenosis evaluated 71 study participants.

For each metric, Neville said, machine training algorithms were developed using the first 116 data streams from the device sensors. The algorithms were subsequently tested and correlated on the next 157 data streams, correlating with hemoglobin standard measurement, transonic flowmeters and the standard fistulagram. he added.

The resulting data, Neville et al found, showed that hemoglobin was measured with comparative accuracy “and only a standard deviation of 0.41 as compared to hemoglobin measurement using standard techniques.”

He commented: “Therefore, we concluded in this study that this initial dataset shows us that this remote wearable monitoring system has the ability to measure hemoglobin, volumetric flow and hemodynamically significant stenosis in AV fistulas. We are also hopeful that this remote monitoring system will allow us—and shows promise to allow us—to improve the care and lower the costs associated with other healthcare factors associated with this patient population.”

Co-moderating the SCVS session in which Neville delivered his team’s findings, Jean Bismuth, MD, associate professor of cardiovascular surgery at Houston Methodist, Houston, queried how placement of the patch might impact on the reliability of the data collected.

Neville explained that Alio had “spent a lot of time” on the material involved in the patch to ensure it is not injurious to skin, and that it can be used and worn for extended periods of time, among other considerations.

Meanwhile, W. Charles Sternbergh, MD, professor and chief of vascular and endovascular surgery at Ochsner Health in New Orleans, who was co-moderating alongside Bismuth, raised the specter of potential pitfalls toward commercialization of the technology. Among Medicare patients, Sternbergh said, “evaluation of how their fistula is doing is baked in” to evaluation and management (E/M) services conducted at dialysis centers. “Typically, it’s not allowed to have prophylactic testing, and it would even be suggested that that’s fraudulent, as some freestanding centers that do fistulagrams every three months no matter what have found out.”

Sternbergh asked: “How might this device intersect those issues?” Neville admitted this question got to the heart of the studied approach Alio has taken toward commercialization.

“The technology has evolved rapidly,” he said. “When we first started this project in the animal lab, there was one sensor, a photo acoustic sensor. Now there’s an array of sensors, and that’s why we’re able to generate the variety of information that I showed you.”

But, Neville continued, commercialization remains an important step yet to be thrashed out. There are number of possibilities, he explained. One option might involve the device being given away for free, with an in-app-based subscription fee then applied for the data. Another would necessitate approaching dialysis companies with the benefits of keeping dialysis access fistulas functioning, and also keeping patients out of the emergency room, Neville said. “There were some initial cost savings shown in a dialysis population in the U.K. in the national health system [NHS] there, where just monitoring the hemoglobin accurately allowed [doctors] to adjust erythropoietin—which is a very expensive medication—and possibly decrease it, saving money just on the medications that are used on these folks.”

In the end, Neville added, he sees the device incorporated as a value-added part of care for the AV fistula patient population, as large dialysis companies realize close monitoring of access health and physiologic parameters “may actually save the overall cost of the patient in the long term.” 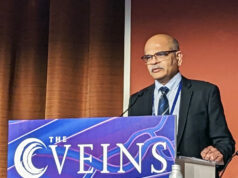