The digital version of the April 2022 issue of Vascular Specialist, the most recent editorial by our medical editor focusing on diversity within the vascular surgery workforce, and an interview chronicling the new age about to begin at the Journal of Vascular Surgery (JVS), all feature among the best-read stories appearing on the newspaper website last month.

In March, we were on the ground at the 2022 Society for Clinical Vascular Surgery (SCVS) Annual Symposium, and the cover of our subsequent April issue was dominated by reporting on a training and education session from the meeting in which new evidence laid out out how vascular surgeons in private practice could play a crucial role in alleviating one of the existential problems currently vexing the specialty: the training of future generations of specialists.

2. Our past is prologue: We are losing the battle to train more Black doctors

With changes occurring regularly in the publication business of scientific journals, the Society for Vascular Surgery (SVS) is preparing for changes with its own JVS publications.

Terumo Aortic announced that the Food and Drug Administration (FDA) had granted approval of the Thoraflex Hybrid frozen elephant trunk device for commercial sale in the U.S. for the treatment of patients with complex aortic arch disease.

5. Sex discordance and postoperative outcomes: We should be vigilant of a real disparity in health outcomes

In a recent commentary, Karen Woo, MD, discussed a study in which sex discordance between surgeons and patients was shown to “negatively” affect outcomes following common procedures.

Six-month outcomes from the ongoing CLOUT registry demonstrated the “safety and efficacy” of the ClotTriever thrombectomy system in a real-world deep vein thrombosis (DVT) population regardless of clot chronicity level, the 2022 annual meeting of the American Venous Forum (AVF) in Orlando, Florida (Feb. 23–26) heard.

A vascular surgery research team with a growing reputation for its work investigating appropriateness in care in the peripheral vascular bed uncovered an association between increased regional market competition among proceduralists and higher odds of revascularization being carried out for moderate- versus high-grade asymptomatic carotid stenosis.

The SVS Postgraduate Education Committee is breaking up the format in favor of change and innovation for two sessions at this year’s Vascular Annual Meeting (VAM).

10. CX 2022: Overtreatment in venous disease: Financial incentives are ‘the elephant in the room’

To combat the “overtreatment problem” in the appropriate care of venous disease, “a concerted, complex, multimodal effort” is required from specialists across disparate parts of the world, the 2022 Charing Cross (CX) International Symposium (April 26–28) heard last month 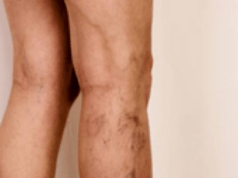