The much-maligned electronic health record (EHR)—sometimes referred to as electronic medical record, or EMR—is not among the causes of burnout, per se, but rather a symptom, the 2022 Vascular Annual Meeting (VAM) heard during the John Homans Lecture on the Saturday morning of the Boston gathering (June 15–18).

“Burnout is accepted by us as an epidemic problem in healthcare, and there are numerous proposed causes, most notably the electronic health record,” this year’s lecturer, the former SVS President Bruce Perler, MD, told Vascular [email protected] ahead of the talk. “My belief is that the EHR, and other professional irritants,” are not the cause of burnout, but rather the symptom of the problem, and the problem is physicians’ loss of control of our healthcare system.

One prescription that might help alleviate this burden is vascular surgeons—and other like physicians—taking on leadership positions at the hospital administration level, Perler proposed in a talk titled, “Surgeons as hospital administrators: An antidote to burnout and benefit for the healthcare system.”

Perler, who is currently vice president of the American Board of Surgery (ABS), is in a position to know how this might have impact. He was, until recently, the vice chair of clinical operations and finance at Johns Hopkins University School of Medicine and Johns Hopkins Hospital in Baltimore, Maryland—a position he had held since 2013.

“The message I hope to communicate is not one that has received much attention at the SVS to date, but one that I believe is incredibly important for our practitioners moving forward,” Perler said. “Today, an increasing number of physicians and surgeons have given up independent practice to become full-time hospital employees. Secondly, increasingly these hospitals are now being run by non-clinicians. For example, in 1935 one-third of hospital president/CEO positions in the United States were held by physicians and one-third by nurses. Today, no more than 2–5% of these leadership positions in the U.S. are held by physicians and about 2% by surgeons.”

More and more, this means vascular surgeons are working for administrative leaders with no connection to patient care, he continued. “This structure in the U.S. is in contrast with much of the industrialized world where these CEO positions are filled by physicians—from 25% (England) to 75% (Germany) of institutions—in countries with far less expensive healthcare systems than in the U.S.”

The move toward healthcare delivery being assessed in terms of quality rather than volume presents an opening, Perler advised.

“I’ve always believed that times of difficulty represent moments of enormous opportunity for those with wisdom and leadership skills, and I believe that the time is now for us to become engaged in healthcare administration and hospital leadership,” he said. “Healthcare outcomes are increasingly being assessed by quality and not volumes—i.e., patient-centric care—and who better to lead in the delivery of patient-centric care than physicians.”

Perler produced multiple published studies “that affirm that hospitals that are currently led by physicians in the U.S. and internationally, have the best outcomes in terms of clinical and financial metrics,” he explained. “Healthcare administrative leadership organizations have recognized this and increasingly are urging their administrators to engage clinicians to join the C-suite.”

Options to get involved in hospital leadership abound, Perler suggested. Senior surgeons can join a hospital committee, for instance; or a mid-career surgeon can seek training in healthcare administration, which is now being provided by organizations such as the ACS. “But most importantly, we can provide opportunities for medical students and residents to become trained in the business of medicine and select this as a part of their professional careers moving forward.”

He also has a more transcendent message amid the specter of burnout. While the vascular-surgeons-as-hospital-leaders prognosis might live in a space best described as “a generational process of transformation,” he says, burnout can be tackled, at least in part, on an ongoing basis through daily mindfulness.

“I firmly believe if each of us as vascular surgeons take just a couple of minutes each day to reflect on how blessed we are to do what we do, burnout won’t be such a problem,” Perler added. “Think about it: complete strangers come to us with their clinical problems and entrust their lives and limbs to our judgment and care. There is no other profession in which its members shoulder such responsibility, or engage in such meaningful work, or enjoy so much satisfaction for what we do for others. We are truly blessed to do what we do. I think if we reflect just a couple minutes a day on what we really do, the EHR and other minor annoyances won’t seem so significant.” 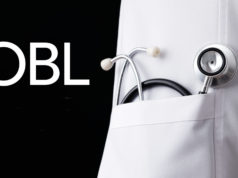