Based on 30 years of experience, researchers have concluded that aneurysms of the superior mesenteric artery (SMA) are “relatively stable” and that those <20mm may be safely monitored with surveillance imaging. The experience also suggests that operative treatment should be considered if the aneurysms are symptomatic and that patients with vasculitis or fibromuscular dysplasia may need closer follow-up.

Presenting these findings at the Society for Vascular Surgery’s Vascular Annual Meeting (SVS VAM 2021), Grayson S. Pitcher, MD, an integrated vascular surgery resident at the Mayo Clinic in Rochester, Minnesota, notes that the study represents one of the largest series on aneurysms of the SMA and its branches.

The presenter detailed that two recent, small series suggest SMA aneurysms <20mm may be safe to observe. In light of this, Pitcher and colleagues at the Mayo Clinic aimed to review the centre’s 30-year experience with aneurysms of the SMA and its branches, determine their growth rate, and evaluate predictors of growth.

The research team conducted a retrospective review of all patients diagnosed with an aneurysm of the SMA or one of its branches—excluding pseudoaneurysms and mycotic aneurysms—in the period 1988–2018. Demographics, presentation, etiology, anatomic characteristics, and treatment modalities were taken into consideration. Endpoints included outcomes, growth, and predictors of growth.

Pitcher communicated that a total of 131 patients, or 144 aneurysms, were included in the study. The average age of the patients was 60, 84 (64%) were male, and 66% of the aneurysms were degenerative, representing the most common etiology. The majority of the aneurysms were found incidentally, with only 27% being symptomatic.

Growth rate of the aneurysms was first estimated using linear regression. However, only 16% had a growth rate of ≥1mm per year. Due to the large number of aneurysms without any change in size, aneurysms were dichotomized by slope and a categorized analysis was performed using logistic regression.

The team then used logistic regression models to assess the effect of multiple variables on growth. Pitcher said that while the team evaluated a range of variables, the overwhelming majority were not associated with growth. 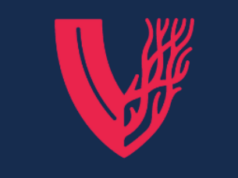