This time last year, the ranks of vascular surgery were gearing up to head for points East, West, Midwest and Northeast as the slew of key regional meetings that take place in the early fall entered their viewfield.

But like the Society for  Vascular Surgery (SVS) did by transforming the 2020 Vascular Annual Meeting (VAM) into SVS ONLINE, each of the major regional societies has pivoted to create digital equivalents to host their scientific and educational programming.

The impetus to do so was perhaps captured best by Western Vascular Society (WVS) president Benjamin W. Starnes, MD, in a message to members. “Essential for the successful process of conducting a scientific meeting like ours is the safety and security of our membership,” he wrote. “I personally felt as if it would be reckless and arrogant to proceed with plans for an in-person meeting like we are all accustomed to in September.”

First up among the regional meetings is Midwestern Vascular 2020—which had been set to take place in Minneapolis—from Sept. 9–12.

The scientific sessions include a range of talks across the vascular spectrum, including: “Clinical outcomes differ after femoropopliteal artery treatment between individual paclitaxel (PTX)-coated balloons,” to be delivered by Alexander H. King, MD, of the University Hospitals Cleveland Medical Center; “Racial disparities in major amputation rates are associated with more advanced WIfI score at initial presentation amongst blacks,” by Melissa D’Andrea, BA, of Loyola University Medical Center, Maywood, Illinois; and “Televascular consultation is the answer to rural vascular surgery shortage,” which is to be presented by Amy B. Reed, MD, of the University of Minnesota, Minneapolis.

“Our decision to go virtual was made after discussing all options and surveying the membership, who overwhelmingly supported a virtual scientific meeting,” explained Kellie R. Brown, MD, president of the Midwestern Vascular Surgical Society (MVSS). “The Program Committee has been diligently working to provide an engaging program, and we are happy to announce that the Szilagyi, Guthrie and Pfeifer competitions will still be conducted, and winners will be awarded.”

Marc Schermerhorn, MD, NESVS president, made clear the society’s intention to ensure new science be delivered as originally scripted, only virtually. He told the membership: “The NESVS Program Committee remains committed to highlighting the high impact scientific work that was accepted for presentation. We had an unprecedented number of very high-quality submissions. All accepted presentations will be presented in an online format that leverages audience participation and discussion. We also look forward to a special session with our Advanced Practice Providers, and will run a Postgraduate Course highlighting technical tips, all with full CME credit.”

Meanwhile, the Eastern Vascular Society (EVS) rearranged its Sept. 24–27 Annual Meeting, set for Charleston, South Carolina, as a series of weekly evening sessions to run from Oct. 7 to Nov. 18. The webinars are anticipated to cover the full vascular surgery range.

“These October and November webinars will consist of a weekly 1.5-hour evening session which will be focused on specific topics with a combination of abstracts, invited talks, industry sponsored mini-symposiums and debates and will be moderated by experts in the field with a lively question and answers sessions involving the panelists, speakers and questions from the audience,” said EVS president James F. McKinsey, MD. 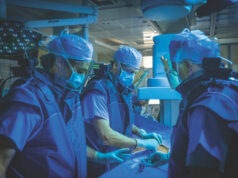 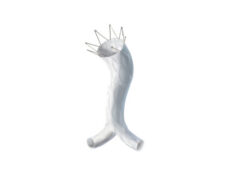