The Vascular and Endovascular Surgical Society (VESS) Paper Session at the Vascular Annual Meeting (VAM) in Boston on Wednesday, June 15, will see Othman M. Abdul-Malak, MD, from the University of Pittsburgh Medical Center in Pittsburgh, deliver results from “Midterm outcomes and predictors of failure of lower-extremity bypass to paramalleolar and pedal targets.” Open surgical bypass to distal targets at the ankle remains a viable option for treating infrapopliteal chronic limb-threatening ischemia (CLTI), Abdul-Malak and colleagues conclude, with patency and amputation-free survival rates shown to be of an acceptable level.

Abdul-Malak states his reasons for conducting the study: to determine whether or not the recent decrease in frequency of distal lower extremity bypass for infrapopliteal CLTI is warranted, based on poor paramalleolar and pedal target outcomes.

Across the 18 years of data, the majority of cases presented with Rutherford Class 5/6 ischemia (81.25%), with Class 4 representing 14.5% and Classes 1–3, 4.25%. Regarding postoperative complications, the study references the 8.9% incidence of major cardiac events, and that of surgical site infections, which occurred in 3.6% of cases.

With comorbidities, indication, conduit type, urgency, prior vascular interventions, graft inflow vessel (femoral/popliteal), concomitant inflow procedures, surgeon and center volume all adjusted for, the paper presents that conduits other than the great saphenous vein (GSV) and prior ipsilateral vascular interventions (open/endovascular) were predictors of loss of primary patency and increased MALE.

Conversely, high center volume at a rate of over 60 procedures per center over the total time period, was positively correlated with increased primary patency, as well as lower MALE at two-year follow-up, Abdul-Malak and colleagues find.

The data showed that increasing age, dialysis dependence, and recourse to conduits other than GSV during the procedure were all associated with a lower amputation-free survival rate at two years, he reveals.

“Although it is now a lesser-used procedure, open surgical bypass to distal targets at the ankle is nonetheless a viable option for treatment of infrapopliteal CLTI, as demonstrated by data on patency amputation-free survival rates at two years,” Abdul-Malak said. “Furthermore, the conduit used, and whether or not the patient has undergone prior vascular interventions, are the key predictors of [lower-extremity bypass] failure.”

To increase chances of procedural success, Abdul-Malak suggests that bypasses to distal targets be performed at high-volume centers. He will take to the podium in the Hynes Convention Center, Ballroom A/B, from 12:50 p.m.–1:03 p.m. 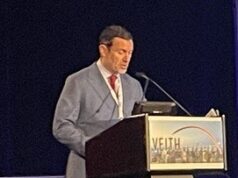 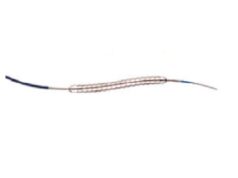