World-leading aortic surgeon Stéphan Haulon, MD, from the Aortic Centre at Hôpital Marie Lannelongue in Paris, France, took attendees of the 2022 New England Society for Vascular Surgery (NESVS) annual meeting on a whirlwind, 15-year journey through the evolution of aortic arch endografting from his personal vantage point—the most advanced view in the world, 2021–22 NESVS President Andres Schanzer, MD, said as he introduced the 2019–20 president of the European Society for Vascular Surgery (ESVS).

Haulon started the 2022 Robert R. Linton Lecture by introducing his first case in this arena, from 2007, which involved undertaking “a very simple endovascular approach.” From there, he explained, with more confidence, he proceeded to perform various combinations of fenestrations and debranching, choosing patients selectively.

“But we started moving to more and more challenging cases, such as chronic dissections,” Haulon explained, showing slides of his first such case in which the dissected innominate artery necessitated a crossover bypass, and involved two fenestrations covering the left common carotid and left subclavian arteries.

Eventually, Haulon continued, he and colleagues began “to move away from this early experience with the fenestrated endograft,” showing the current device they are using—a graft with inner branches. Then came a “game-changer,” he said, with the advent of hybrid treatment, which he said “we had to fight for” in order to get access to the requisite devices.

“Then we started doing those procedures under fusion guidance, and that was a huge difference.” Now, he continued, “we can locate the origin of the coronary arteries, you can see the endograft tracking, we could have a large field where we could see both the left ventricle and the top of the arch … the origin of the target vessel, the innominate bifurcation—all those markers that we need during the procedures.”

From this initial experience, he and colleagues learned much, seeing much better outcomes in a later cohort of patients. “In [our] second paper, [we showed] no mortality, [and] the stroke rate went down to less than 10%, and mostly minor stroke,” Haulon noted.

Looking even further ahead into the future of aortic technology, he told NESVS: “I don’t think open surgery is still the golden standard for arch repair; [but] it’s not the old standard either. We need expertise in both fields, and to discuss cases.”

What’s next? “The acute type A dissections,” Haulon said. One device in particular bears scrutiny, “a very simple device with only three fenestrations.” Work is ongoing with the graft but it could be another “game-changer,” Haulon concluded 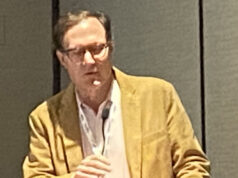 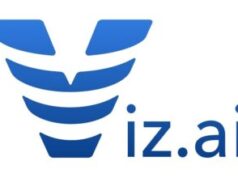