Dear editor: Submitted with little fanfare to the Society for Clinical Vascular Surgery (SCVS) in July of 2019 and accepted later that year in October, an article entitled “Prevalence of unprofessional social media content among young vascular surgeons” was published in the Journal of Vascular Surgery. Just one year later, the article proved to be true: that we are indeed judged by social media, just not in the way the study intended. A firestorm erupted and social media, namely Twitter and Facebook, judged the article and launched backlash campaigns against the research, the journal, and the authors, including trending hashtags for #Medbikini and #professionalism.

The article’s intent was to determine the extent of unprofessional social media on recently graduated vascular surgeon accounts. One problem with trying to create a scientifically, unbiased article was the creation of false (“neutral”) social media accounts used to search through the postings of selected young surgeons. While, the intent was with merit, the second problem was that of how the criteria of unprofessional behavior was decided: the opinion of the authors.

With female surgeons by the dozens posting pictures of themselves in their bikinis, a tipping point that has long been overdue was defined. Additionally, female and male physicians from all fields also posted in support of their vascular surgery colleagues and out of a recognition that this is not just a vascular surgery problem; it reaches far in medicine, and especially surgery. From perspective as a female vascular surgeon, #Medbikini trending on Twitter was and is not how I imagined the tipping point would fall. And with it, we must ensure that the message does not get buried. Perhaps the raw grit of prior generations of women surgeons has slowly paved the road for those of the modern social media generation to allow a voice to be heard. But the tipping point in numbers and fearlessness was undeniable for anyone watching as the Twitter feeds grew. Previous generations of female surgeons would not have been able to respond in this manner.

The numbers would not have allowed for it to happen. Numbers are power. The amount of backlash from recently graduated and early practice surgeons, along with those with careers that have long been established, reveals the systemic sexism within the surgical community that most of us have experienced personally in the profession, and have long known to exist, albeit in a more subtle manner. The social media firestorm was anything but subtle. This issue in vascular surgery and medicine has now been exposed worldwide. The real issue at hand is not the attire that was deemed appropriate or inappropriate, that should or should not be posted on social media vis à vis female or male surgeons, but the amount of mentorship and leadership female surgeons still have yet to achieve. Academically and technically, the vascular surgery arena has made tremendous progress. We are able to open arteries to the toes and create highly specialized repairs to many arteries throughout the body so that blood flow can be restored. The recent advances in the technical aspects of vascular surgery have been met with success. Women have been witness to this but have remained poorly represented on editorial boards, as head of surgery departments, as chairpersons on professional societal committees, as having significant mentors—or simply by our low numbers as partners within practice. The numbers of females entering vascular surgery and the impetus of the new generation, however, has reached the tipping point, making this impossible to accept and continue with the status quo of watching and remaining silent. Women must not only have a seat at the table, they must be heard, respected and have a seat at the head of the table.

An article published in the February 2020 issue of the Journal of Vascular Surgery reported the dismal number of women within the profession, but stated that they were growing in number (from 2007 to 2016). In the article, showing integrated residency is associated with an increase in women among vascular surgery trainees, the authors stated that “the number of female vascular trainees increased from 27 out of 221 to 164 out of 501.” This increase was reportedly the single biggest among female physicians in any one field over the nine-year study period. The biggest overall factor for this was the integrated residency program of five years versus a fellowship track that took seven. This surgical subspecialty, however, remains one of the most disproportionately male.

We should not dismiss the article completely. While it was full of bias as demonstrated by the firestorm, the intended message is not without merit. Creating an objective standard to what is appropriate on social media is challenging. Ironically, the study itself proved that social media itself will be judge and jury. In a prior generation, the sole woman wearing a bikini would likely have been scorned, or even lost what professional credibility had been gained. But, today, the tipping point is real, and the number of female surgeons in medicine, unifying into one voice, have a message that cannot be lost. That voice, this article, is not about the bikini; it is about our relevance and abilities to perform as surgeons to the highest level and still be women. 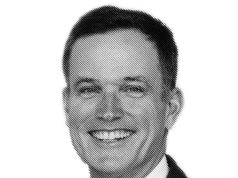