Reimbursement-per-procedure for femoropopliteal atherectomy and stenting has increased at about the same rate for national providers as a whole and vascular surgeons specifically—at the same time as much higher rates were recorded for radiologists and general surgeons, an analysis of Medicare reimbursement trends from 2012–2017 demonstrates.

There is heightened focus on appropriateness in care among teams of investigators as well as at the level of Society of Vascular Surgery (SVS). Immediate past president Kim Hodgson, MD, made the issue a central focus of his presidency. VAM 2019 heard from Caitlin W. Hicks, MD, assistant professor of surgery at John Hopkins Medicine in Baltimore, about how new methodology had identified a significant number of physicians whose practice patterns might indicate failure to adhere to guidelines of care. Further research from Hicks et al followed at SVS ONLINE in 2020, revealing a higher use of atherectomy during peripheral vascular interventions among non-vascular surgery specialists and physicians working primarily in outpatient settings.

He drew attention to raw numbers: In 2017 alone, he said, the procedure resulted in $120 million in reimbursements. In 2020, fempop atherectomy and stenting rates came in between $12,000–$20,000. And total Medicare reimbursement for the procedure across the study period was $480 million.

“However, the proportion of provider types has changed over time,” he said. “Could this possible explain the increased spending? Perhaps if there is a relative increase in overall procedures performed by specialties that are reimbursed at higher rates and a relative decrease in those with lower rates on reimbursement.”

The investigators posed another question: Are the reimbursement rates of individual specialists changing at different rates—and if this is the case, could it help explain some aspects of the overall increase in Medicare spending?

Haffner and colleagues returned to the overall rate of increase in Medicare reimbursement for femoropopliteal atherectomy and stenting—a relatively consistent increase over time.

Yet, rate of increase does not directly translate into an increased reimbursement rate, Haffner considered. Reimbursement rates by specialty showed that those surpassing or very close to the national average include vascular surgery, radiology and general surgery.

“Are there differences between the amount of interventions per patient between specialties?” Haffner and colleagues wondered. “Is this high reimbursement rate possibly incentivizing providers to perform more interventions on patients?”

Vascular surgeons have a relatively constant procedure rate per patient, they found, “whereas the other specialties tended to have more variability and higher overall procedures rates per patient.” The average cardiologist, the researchers noted, are consistently performing more procedures on the average patient than each year prior.

“With a reimbursement rate in excess of $8,000 per procedure, the temptation to overbill or over-perform procedures with monetary motivation may come into play within the billing process,” Haffner said.

But do the data bear aspects of this out?

“I chose the dividing line of 1.5 procedures per patient, as this would translate to equal to three interventions on two people,” he explained. “This number represents the annual average. Being as this intervention can only be performed two times on one person at a time, it seemed a decent starting point to look for discrepancies within the data.”

After 2013, the researchers found, vascular surgeons—”who are arguably the specialty that would or should be called upon for the more challenging cases that have a higher likelihood of multiple interventions”—have a much lower percentage of providers with intervention rates greater than or equal to 1.5 when compared with the national average, radiologists and general surgeons. “So while vascular surgeons are performing less than the national average of interventions per patient, they still account for an increasing amount of total procedures,” Haffner added.

Commenting further on the findings, Haffner told Vascular Specialist: “I believe I demonstrated some rough patterns of change within Medicare reimbursement for this procedure that showed areas of possible concern moving forward, both from an overall Medicare perspective and a vascular surgery perspective.

“With the current environment of procedure reimbursement, the elevated rates of reimbursement for more specialized surgeons—including vascular surgeons—and the rapid increase in Medicare spending in general, it is reasonable that areas that can potentially decrease inappropriate Medicare spending will be investigated more fully moving forward.” 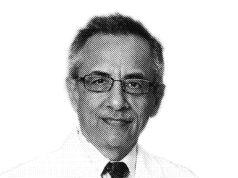 Has the risk in the value-based payment model been sold as another ‘shiny new object’?