Envveno Medical—formerly Hancock Jaffe Laboratories—recently announced that the first VenoValve surgery in the company’s SAVVE US pivotal trial for the VenoValve has been successfully completed. The surgery was performed by Adriana Laser, MD, associate professor of surgery at Albany Medical College and a vascular surgeon with Albany Med Vascular Surgery in New York. The patient has been discharged from the hospital, a press release reports.

“It is an honor to be the first surgeon in the U.S. to implant a device which has the potential to help the millions of people that suffer from the debilitating impacts of chronic venous insufficiency [CVI],” said Laser.

The VenoValve is intended to restore proper directional blood flow for patients with CVI of the deep veins of the leg.

“Today marks a historical milestone for our company, having had the first patient treated in the SAVVE US pivotal trial for the VenoValve,” said Envveno Medical CEO Robert Berman. “We would like to thank Dr Laser for agreeing to be a part of our study and for treating the first patient.”

The SAVVE (Surgical anti-reflux venous valve endoprosthesis) US pivotal trial is a prospective, non-blinded, single-arm, multicenter trial designed to evaluate the safety and efficacy of the VenoValve to improve lower leg blood flow, alleviate symptoms and improve quality of life for patients suffering from CVI caused by dysfunctional valves in the deep veins of the lower leg. The company expects to enroll 75 patients at up to 20 centers throughout the U.S.

The device used for the pivotal trial is the same as was used in the successful VenoValve first-in-human trial. Primary endpoints for the US pivotal trial include: the absence of material adverse events (MAEs) in 26% or less of the patients at 30 days post-VenoValve implantation, for the primary safety endpoint; and improvement of reflux of at least 30% at six months following VenoValve surgery, as the primary effectiveness endpoint. MAEs are defined as the composite of all-cause mortality, deep wound infection, major bleeding, ipsilateral deep vein thrombosis (DVT), or pulmonary embolism. Improvement of  Venous Clinical Severity Score (VCSS) and visual analog scale (VAS) scores are also included in the SAVVE study as secondary endpoints. The company hopes to have topline safety and/or efficacy data from the SAVVE study by the end of 2022.

The company recently announced that the Food and Drug Administration (FDA) granted Breakthrough Device designation status to Envveno Medical for the VenoValve. 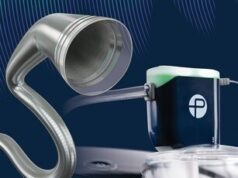