For many of those injured in combat, the transition in care from the Military Health System (MHS) to the Veterans Health Administration (VHA) can be a daunting one, fraught with logistical and clerical challenges. The deluge of administrative tasks as one shifts from active military service to civilian life can drown even capable and medically sophisticated individuals. Certainly, great strides have been made over the past two decades. The Department of Defense and Department of Veterans Affairs have made it a priority to ensure that veterans have access to healthcare. But there currently exists a cohort of patients with vein bypass grafts who are not receiving adequate surveillance.

These patients are well-known to the federal healthcare system, the MHS and the VHA, but for some, injury-specific healthcare has not been provided. When we reviewed nearly 100 veterans who had undergone vein bypasses for combat-related arterial injuries during Operation Iraqi Freedom and Operation Enduring Freedom, we found only 13% had had an imaging study appropriate for bypass surveillance in the last two years. Even fewer had been seen by a vascular specialist. Among these veterans, 88% had a documented visit with a healthcare provider within the previous two years, including 81% who had seen a primary care provider. Similarly, Haney et al, reporting on data from the VA Vascular Injury Study (VAVIS), could only find imaging studies to confirm patency in 30% of a similar cohort of injured patients.

Few would argue that the best care for patients with a vein bypass includes regular surveillance by a vascular specialist, including imaging of their vein grafts. The specialized care necessary to treat an individual’s unique injuries, which may be complex, may be overlooked when one gets referred to the VHA, as may be the case for those veterans who have suffered vascular injuries over the last two decades. The scope of the current problem is neither small and inconsequential, nor grand and insurmountable. And it’s something we’ve faced before. During and after the Vietnam War, long-term patient follow-up was conducted almost single-handedly by Norman Rich, MD, with the Vietnam Vascular Registry.

Still, the present need for a solution is urgent, as the consequences of missed care could be catastrophic. Approximately 52,000 United States services members were wounded in action in Iraq and Afghanistan. In those casualties, the rate of vascular injury was 12–17%. Approximately 80% of these injuries occurred in the extremities and 50% underwent repair, of which interposition or bypass graft with vein were the most common methods. A conservative estimate would suggest that between 700 and 1,500 veterans underwent a vein graft repair for vascular injury. To have nearly 90% of these veterans miss adequate surveillance and vascular care is a true misfortune, even taking into account that a percentage might have received care outside of the VHA or MHS.

The call to action is before us. We suggest a three-pronged approach to recapturing those veterans who have undergone service-related vein bypasses in the past 20 years. First, the MHS and VHA should attempt to identify as many veterans with vein graft repairs as possible. Second, efforts should be made to contact these veterans either directly or through Veterans Service Organizations (VSOs). Lastly, we must educate primary care and other first line non-vascular providers on the need for ongoing surveillance for vascular injuries.

Certainly, these initiatives will face many fiscal, logistical, administrative and psychological challenges. By aligning veterans who have undergone arterial repair in the past with current vascular surveillance, we can optimize the vascular care of one of our most deserving patient populations. 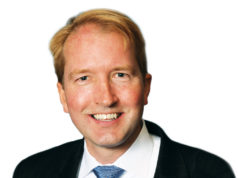