SVS and colleagues from ACC, ACR, AHA, SCAI, SIR, SVM and VIVA recently submitted a letter to the Centers for Medicare & Medicaid Services (CMS) supporting a proposal to grant coverage for Supervised Exercise Therapy (SET) for symptomatic peripheral artery disease (PAD). Additionally, on behalf of its 5,600 members, SVS submitted a separate letter to CMS strongly supporting this coverage, which could potentially help the 8-12 million Americans affected by PAD.

CMS is considering the AHA’s recommendation to expand coverage and asked the public for comment on this proposal. A proposed decision memo is expected in March 2017. 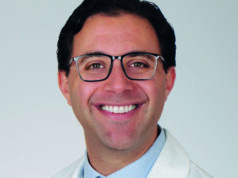