The European Society for Vascular Surgery (ESVS) has released clinical practice guidelines on radiation safety, which the writing committee notes are the first guidelines on the topic to be published under the auspices of a vascular surgical society. The guidelines were published online ahead of print in the European Journal of Vascular and Endovascular Surgery (EJVES) and presented for the first time at this year’s ESVS Annual Meeting (ESVS 2022; Sept. 20–23) in Rome, Italy.

In EJVES, the authors outline the aim of the guidelines as being “to inform the reader about radiation physics and radiation dosimetry, raising awareness of the risks of ionizing radiation, and describing the methods available to protect against radiation exposure.”

The need for guidelines on radiation safety has grown in line with the rise of endovascular procedures over the last two decades, Modarai, Haulon et al state in the introductory chapter. They note that the risks of radiation exposure, however, are “not universally recognized” due to a “poor understanding of key concepts and paucity of educational material directly relevant to vascular surgery.”

In the newly published guidelines document, the authors cover the following seven topics:

In their chapter on future technologies and gaps in evidence, Modarai et al underline the fact that many of their recommendations are supported by level C evidence and are reliant on expert opinion of the committee, which they say “highlights the need for the vascular community and allied disciplines to instigate studies that will strengthen the evidence base for radiation protection matters.” New technologies—including three-dimensional (3D) navigation, robotic tracking, and artificial intelligence—that require a reduced need for X-ray “should be embraced and evaluated carefully,” for example.

The authors also stress the need for international standardization of regulatory practices “in order to promote global harmonization.” They underscore an important consideration as being low- and middle-income countries, where resources are limited. “In these environments the most cost-effective means of reducing radiation exposure should be identified and prioritized to allow the best protection that is feasible,” Modarai, Haulon and colleagues elaborate.

At ESVS 2022, Modarai stated that the “pioneering” new document, as described by writing committee member Anders Wanhainen, MD, from Uppsala University in Uppsala, Sweden, is long-awaited—the culmination of two years of work. He expressed that while the guidelines will help to raise awareness amongst stakeholders and set the standard for individuals and institutions, they also underline the fact that this is an evolving area of practice and highlight areas where more research is needed. 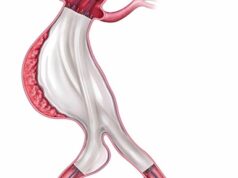